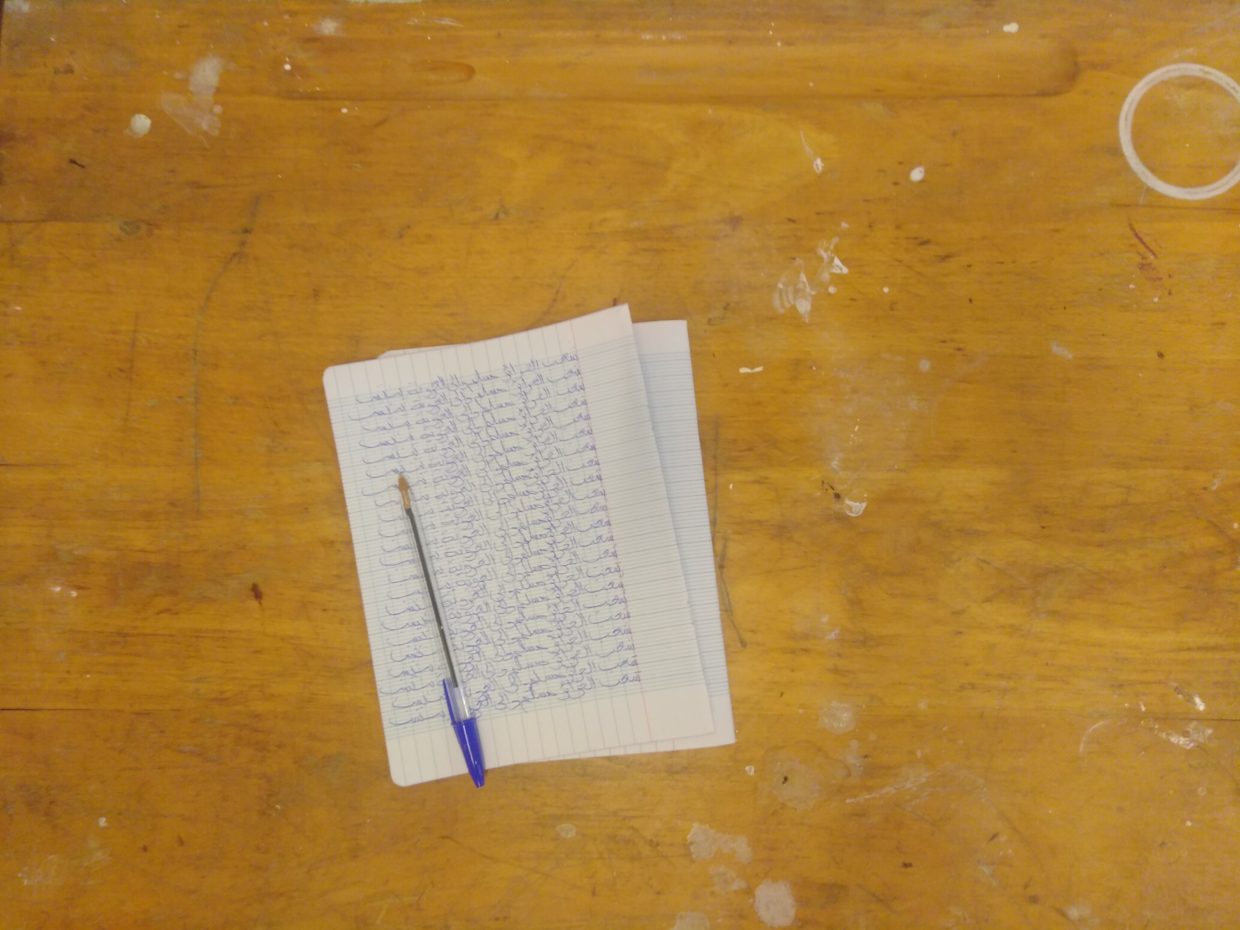 “ The Algerian people are Muslim and belong to Arabism ” is taken from a poem that I learned at school and written by Abdelhamid Ibn Badis, scholar and figurehead of cultural nationalism, founder of the Association of Algerian Muslim Ulemas.

Taken out of context, used and claimed by the rulers and some political figures until today, this sentence gives a limited and restricted idea of what Algerian culture and identity can be.

In this performance, I repeat this sentence endlessly as a punishment.