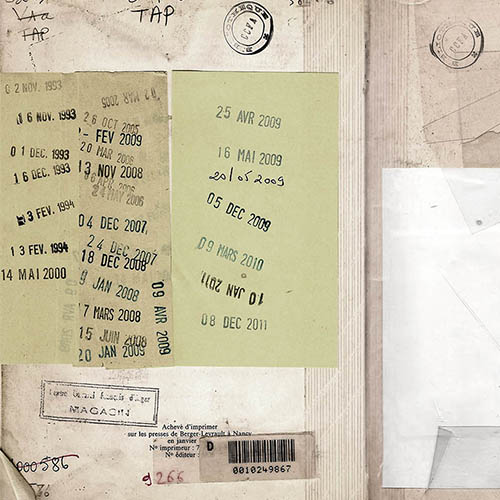 Oussama Tabti was barely three years old when one of the bloodiest political-military conflicts occurred since the independence of his country. A series of armed conflicts have succeeded since, between 1991 and 2002 which were called – depending on the slant – “the years of terrorism” or “civil war”. Consequently, this was a period of great violence; between 150,000 and 200,000 people died. This bloodbath was mainly massacres against civilians.. At that time the army loyal to the government, fought against various militias of Islamist guerrillas. This was a controversia period that included delicate matters, considered to this day as a taboo for both the public and the media. How is this complex historical time represented today? Which words should be chosen to describe a society that is torn on one hand by religion and secularism, and on the other hand democratic freedom and surveillance in the name of security.

By consulting publications at the Institut Français of Algiers, Tabti discovered that loan and return dates of books showed a temporal space of “inactivity”, corresponding to the period of conflict mentioned above. In this piece, history is expressed as a parenthesis of inactivity and silence: readers who are no longer go to the library, books that are neither borrowed nor read, a series
of missed exchanges and lost conversations. Through an aesthetic form that recalls conceptual photography of the 1970s, Tabti illustrates blazing archives that represent a time in history, while still recent and vivid in the collective memory of citizens, remains excluded from all historical representation, objectified and shared by that same community.

Overall, the work of Tabti invites us to reflect on the mechanisms of representation and denials that each society applies to the cumbersome and uncomfortable facts of its own history.