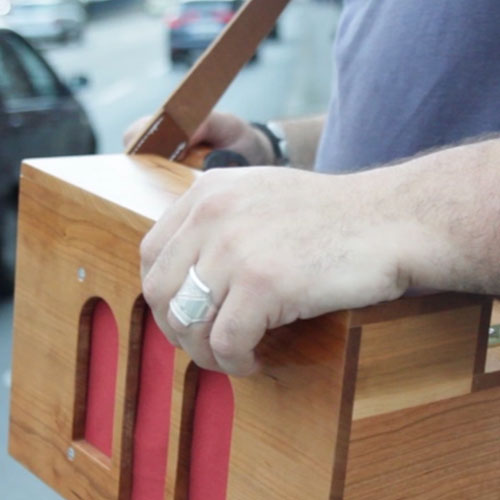 The French denomination of the barrel organ, « orgue de Barbarie », may refer to the exotic origin of its street players during the XVII and XVIII century, who were thought to blabber in ‚broken‘ French.

For a long time, North Africa had been identified as Barbaria, a term used by the Romans to refer to foreign lands and ‚uncivilized‘ people. Today this region is a crossroad for thousands of people attempting to reach Europe, often experiencing rather tough journeys.

Playing with historical suggestions and contemporary dynamics, Barbarian is a performative wandering through the public space in which a barrel organ plays Beethoven‘s Symphony No. 9, an Ode to Joy and the official anthem of Europe.